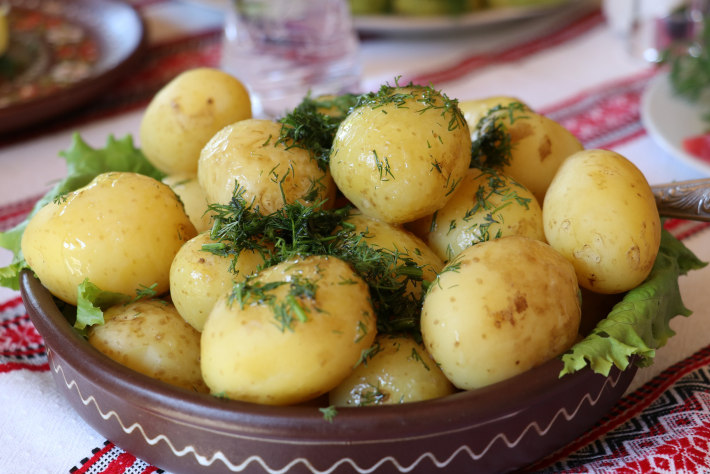 Spudding with possibilities, Potatoes South Africa (PSA) is challenging all South Africans to join in as they explore the four pillars of taste, convenience, versatility, and value for money – all of which make potatoes one of the king of all food groups.

Through hosting a series of weekly challenges called #OurPotatoesYourWay, Potatoes South Africa will invite various industry experts linking to the four pillars, to highlight the multiple elements potatoes possess and how ordinary South Africans can benefit from them.

“The first of a series of four will kick off with the taste pillar. We have partnered up with renowned chef from Ndash Food Concepts, Sithembiso Ndashe to show us his favourite way of preparing and enjoying potatoes,” says Immaculate Zinde, Marketing Manager at Potatoes South Africa.

“As a chef, what I love most about potatoes is their versatile taste. A baked potato tastes different to a fried one versus a mashed one. Every way of cooking a potato elicits a different feeling from the person eating it. For a chef, that’s a gift that keeps giving,” explains Ndashe.

Potatoes may have originated in the Americas, but they have become one of South Africa’s most favoured staple. Ranking in fifth as the most important crop worldwide, after wheat, corn, rice and sugar cane, potatoes play such an integral part in South Africans’ diets, they tick two of the eleven dietary guidelines aligned to healthy eating as stipulated by the Department of Health (DoH) – namely, making starchy foods part of most meals, and eating plenty fruits and vegetables every day.

“Through the taste pillar, we are challenging South Africans to expand their experiences with eating potatoes. But more importantly, we aim to grow people’s expectations beyond just seeing potatoes as fried chips or roasted wedges. We aim to elevate the potato to its rightful place in the food hierarchy,” says Zinde.

The other three #OurPotatoesYourWay challenges will include versatility, convenience, and value for money. The participants, which include a dietician, an influencer, and economist will incite South Africans to prepare a potato dish in line with their lifestyle.

“Whether you stew it, fry it, bake it or grill it, there is no denying the awesome flavours potatoes contain. Through such challenges, we are also aiding South African potato growers to promote and sell potatoes both locally and outside our borders.

“Potatoes have long been an important, cost-effective source of energy, nutrition and satiety in the South African diet. As the most important vegetable crop in South Africa and one of the world’s most recognised staple foods, the potato continues to play an important role in our diets, health and well-being. For the majority of South Africans, a potato is food on a dinner plate. Truth is, for just over 500 potato producers in South Africa, as well as approximately 50 000 temporal and permanent farmworkers, potatoes are a vital source of income and livelihood.

“Although the demand for potatoes and their consumption is growing, there is still a lot of work to be done to position potatoes as strong contenders of fresh vegetables locally and across the African continent, and initiatives as the #OurPotatoesYourWay challenges are a step in that direction,” concludes Zinde.