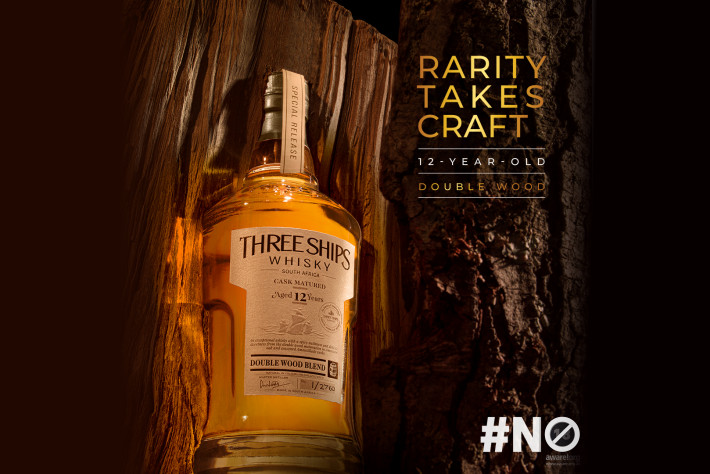 Three Ships Whisky recently launched its much-anticipated annual limited-edition Master’s Collection through a live online sale, where the first 400 of 2 760 produced bottles of the 12-Year-Old Double Wood blend release were placed on sale.

The event was hosted by award-winning Master Distiller and global Whisky Hall of Fame inductee – Andy Watts, at The James Sedgwick Distillery, the Home of South African Whisky, in Wellington.

“The whisky was matured in double wood – The malt component over 12 years in American oak and seasoned Amontillado casks and the grain spent 12 years in a combination of younger and older American oak and seasoned Amontillado casks before Andy selected the best casks for the final blend, making this collectible release another exceptional example of how South African whisky innovation is revolutionizing the whisky landscape,” says Meryll Stocks Roos, Marketing Manager for Three Ships Whisky.

During a virtual discussion, hosted an hour before the live event, guests had an opportunity to share questions with Andy. One of the questions asked was about how the decision came about to launch a double wood blend instead of a single malt, and he responded by saying, “There has been a pattern of launching a single malt after a blend since the launch of the first Master’s Collection in 2015,” suggesting that consumers can anticipate a single malt next year.  “We try to create something unique with each release” adds Watts.

Andy talks of how the colour of this blend reminds him of a Highveld sunset as the sun dips behind the rolling grasslands with its notes of Toffee apple, nuts, lemon zest, marmalade, banana, dried fruit, and coconut shavings unravel on the nose. An incredible combination of citrus, cinnamon and salted peanuts coats the mouth, leading to a long, lingering finish with soft spice and delicate sweetness.