Twice the Speed and Improved Quality for Greek Tortilla Producer 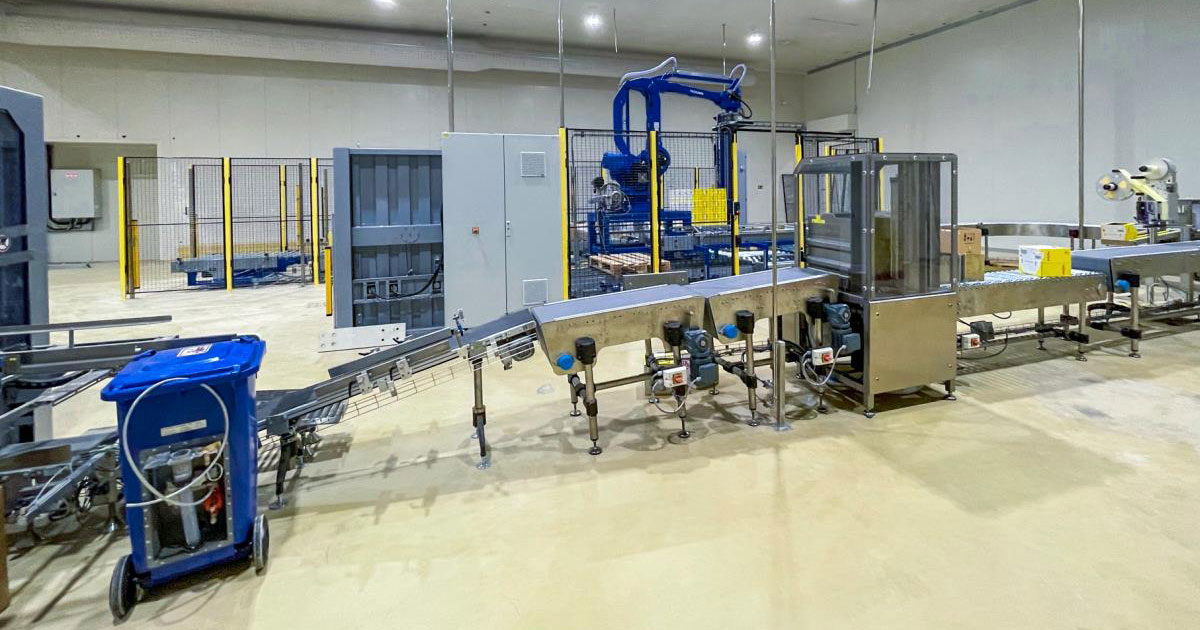 A Greek tortilla producer has doubled the speed of production and packaging, while increasing the quality of its product, with the introduction of an automated production line using robotic and variable frequency drive (VFD) technology.

A new conveyor process has been introduced to its existing manufacturing facility in Athens, Greece. Tortillas carried along the line are checked for quality before being packaged and palletized for distribution.

Automation Experts, a sales partner of Invertek Drives, was appointed by Robotsys, a specialist robotics and automation company, to develop the system using Optidrive VFDs. The process also involved the control of a robot for the packaging and palletizing of the products at the end of the line.

Teo Amiridis of Automation Experts said: “The project involved designing a completely new conveyor solution, including more automation than the existing process. The customer wanted to increase the speed of the line, including the quality control element, before packaging the tortillas automatically.

“The six-conveyer line uses a total of 12 Optidrive VFDs. Six Optidrive E3s control the motion of each conveyor, with a Cartesian system controlled by two E3s to find the correct angle for rotating the conveyor. Three more E3 drives control the ‘rejection pistons’ which are used to push scrap products off the line.

“The conveyors must sync with the rejection pistons to allow the right batch of tortillas to be pushed off the line at the correct time. So, accurate motion control is crucial for each element of the line.

“At the end of the line, the product is then packaged and palletized using a Yaskawa robot. The position of the robot is controlled with an Optidrive P2. Working with Robotsys we were able to design a completely automated system.”

The customer reported the new line working twice as fast as existing lines along with a superior quality product as a result.

“The quality and control were an objective from the outset. We’re pleased that we’ve doubled the speed of production while at the same time improving the quality of the product,” said Teo.

The Optidrive E3, Frame Size 1 with an IP20 enclosure, with 3PH input and output, 380V- 480V was chosen for the line and piston control.

An Optidrive P2, Frame Size 2 with IP20 enclosure, with 3PH input and output, 380V-480V was selected for the movement of the picking and packaging robot.

The Optidrive E3 has three application modes out of the box: industrial, pump and fan modes. This makes it easier to set up and commission for a range of applications.

The set-up, commissioning and changing of parameters can also be easily undertaken on multiple drives through Bluetooth and NFC connectivity. Connected to Invertek’s Optitools mobile app via the Optistick Smart means replication of parameters to other drives is effortless where multiple drives are being set up.

The Optidrive E3 is available in IP20 and IP66 enclosures and four frame sizes, making it ideal for a wide range of applications and environments.